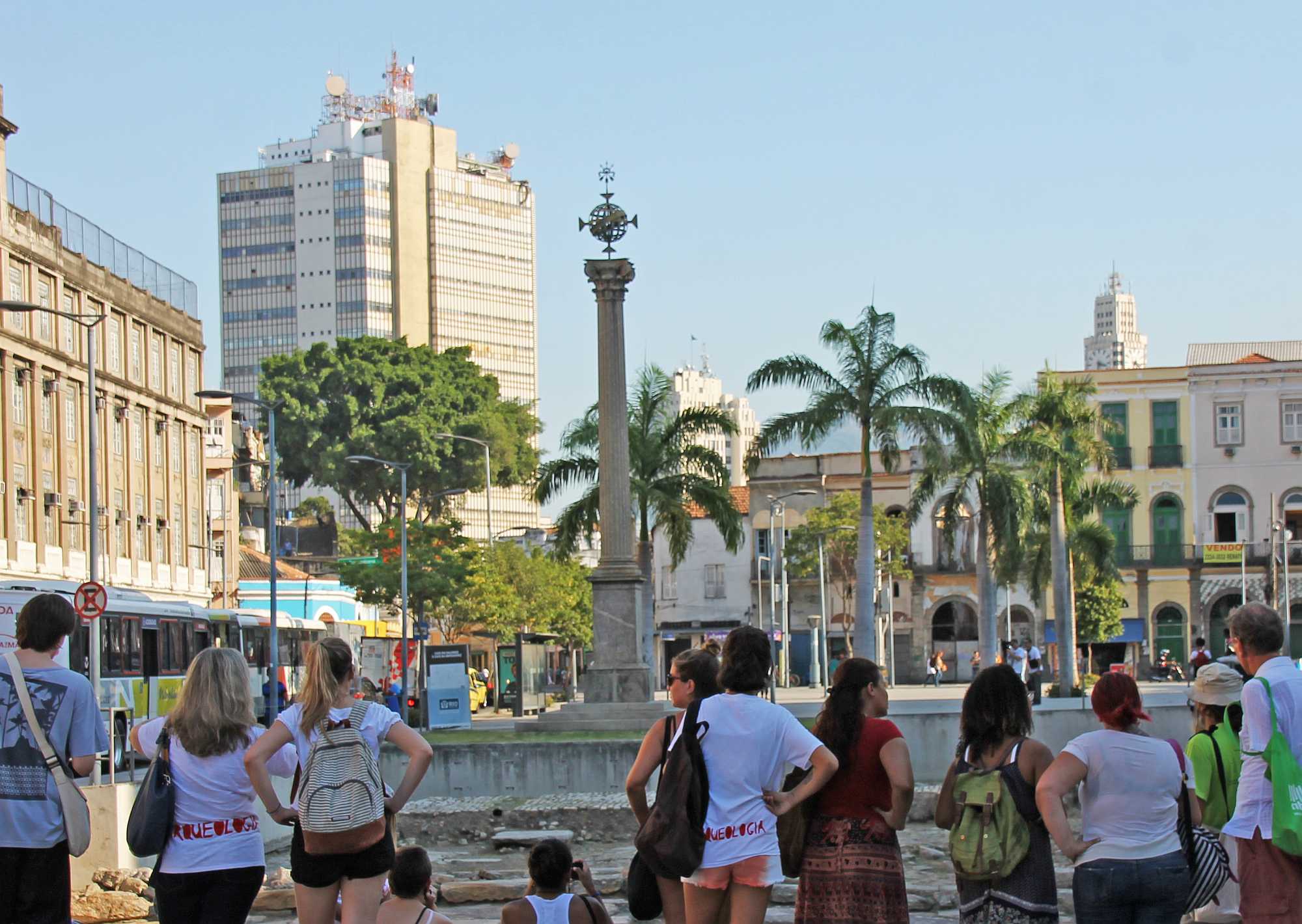 A wharf in the Brazilian city of Rio de Janeiro used as a marketplace for African slaves has been declared a United Nations heritage site to preserve evidence of “one of the most brutal episodes in the history of humankind”.

The U.N.’s cultural organization UNESCO said up to 900,000 enslaved Africans are believed to have landed at Valongo Wharf, the busiest slave port in Brazil, from when the stone wharf was built in 1811 until it was landfilled in 1842.

Brazil was the world’s greatest importer of slaves, taking in about five million Africans, and the last country in the world to officially abolish slavery, in 1888.

A UNESCO statement said warehouses built at Valongo could accommodate more than 2,000 slaves, often in toxic and suffocating conditions which fueled diseases and led to mass graves at the site with a cemetery holding up to 6,000 burials.

Remnants at Valongo, including bones, implements and food, are evidence of the brutal treatment of slaves. “The presence of the sacred and the sense of ancestry found in the place has turned Valongo into a symbolic landmark for social movements promoting racial equality,” UNESCO said in a statement.

“From a historic point of view, this is a testimony to one of the most brutal episodes in the history of humankind.”

Although Brazil abolished slavery about 130 years ago, Latin America’s largest economy acknowledged in 1995 the use of slave labor in its economy.

The 2016 Global Slavery Index produced by the Australia-based Walk Free Foundation estimated that there are currently about 161,000 slaves in Brazil.

Brazil has been praised by the International Labor Organization (ILO) and activists for making progress on tackling slavery in the past decade.

Efforts have included setting up mobile units of inspectors, prosecutors and police who raid places where slave labor is suspected, and the creation of a “dirty list” of employers investigated by labor inspectors and found to be using slaves.

The wharf marks the largest entry port for African slaves into the Americas. An estimated 900,000 African slaves were forcibly brought to Valongo in the first part of the 1800s.

Brazil was the world’s greatest importer of slaves, taking in about four million Africans — 40 percent of all slaves — and the last country in the world to officially abolish slavery in 1888.

Committee members described the historical landmark as “the most important physical footprint of the forced arrival of slaves from Africa to the American continent.”

The location was first nominated in 2016 and was submitted together with a 400-page report detailing Valongo’s history.

“In the application dossier, we explained that the entire neighborhood of the wharf has a unity and historical importance … This is the only port of landing that has been materially preserved in the world, there is no other,” anthropologist Milton Guran, responsible for the candidacy of this archaeological site explained to UNESCO World Heritage.

Located in the heart of Rio de Janeiro, the port was discovered in 2011 during excavation for the 2016 Olympic arena. The area was designed in 1779, dedicated to hiding the “unsightly trade” from customers, with large holding structures dotting Valongo landing.

Additionally, show houses and forges were located within easy access where new slave owners could purchase chains and shackles.

“It is a place of unique memory that contains the only vestiges still preserved of the landing of slaves in America,” Guran said.

During the excavation, a total of 1.5 million artifacts were uncovered which attested to the large flow of traffic that was the slave trade. Human bones, necklaces, earrings, pipes and religious objects were stored in a large warehouse, where city-contracted teams of archaeologists are working to display the items to the public in 2018.

This article was produced by the Thomson Reuters Foundation. Visit them at http://www.thisisplace.org Complemented with information from Agência Brasil and teleSUR

The Cantora: A Historical Novel About Brazil in the Early 1500s

The Cantora (The Native Singer of Colonial Brazil) is both a young adult and ...

Brazilians Special Kind of Blindness: They Can’t See They Are Racist

University of Arizona anthropologist Jennifer Roth-Gordon spent 10 days in Brazil leading up to ...

Born to Fight Crime in the 1990s, Rio’s Militias Have Become Just Another Criminal Organization

In mid-May 2008, a journalist, a photographer and their driver were kidnapped and tortured ...

Heroes or Thugs? They Invade Brazil’s Abandoned Buildings to Get Affordable Housing

Behind a heavy metal gate and walls painted with murals of revolutionary icon ...

Once Expelled from Belo Monte, Brazil’s River People Are Back to Their Old Spot

All is not quiet on Brazil’s western frontier. Families that were displaced from their ...

Brazil Teaches the World How to Be Humane to Refugees

The global north tends to view the global south as a source of refugees, ...

Black and White in Gray

The 1969 kidnapping in Brazil of American ambassador Charles Burke Elbrick made him a ...