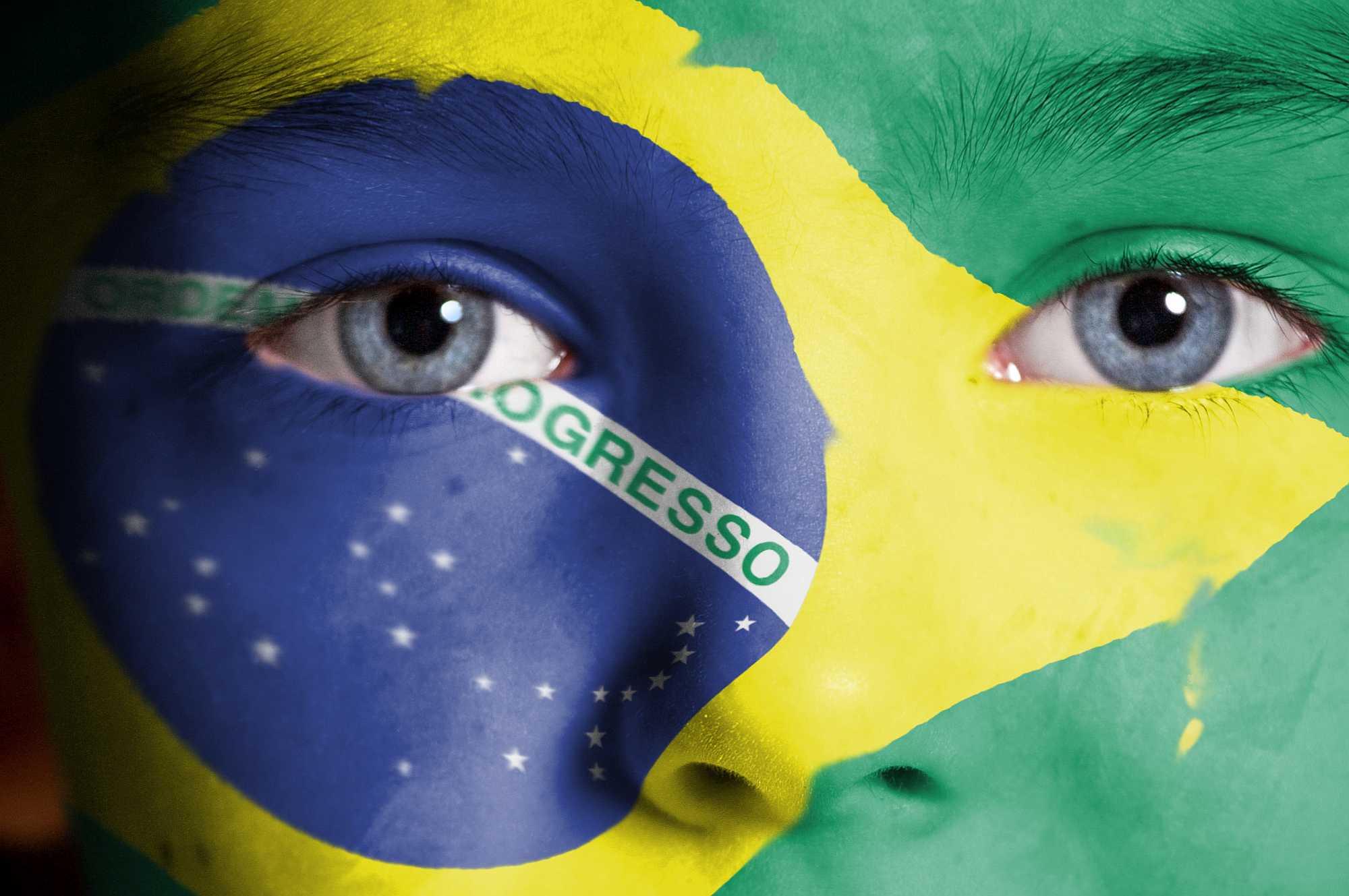 In the book “The Accidental President,” a memoir by Brazil’s former president, Fernando Henrique Cardoso, there is a story about one of Brazil’s many mysteries. At least it’s always been a mystery to me – the origin of the country’s national motto, “Order and Progress” (Ordem e Progresso).

Before solving this mystery, I want to mention that I have no idea what the US national motto is, or even if there is one. The only way I know Brazil has a national motto is because it’s printed on every flag.

Printing a motto on a flag, by the way, is quite rare; in fact, Brazil’s may be the only one. Some Arab nations have printing on their flags like “God is Allah” but I don’t know if that qualifies as a national motto.

The US certainly has no motto printed on its flag, although “In God We Trust” is on every currency. If that’s the US motto, it’s not a bad one, but it seems a bit general. It’s too easy to refer to God in a motto. I can understand Saudi Arabia writing God on its flag, but the US was founded as a secular nation on the principle of the separation of Church and State.

“E Pluribus Unum” (Latin: Out of many, one) also appears on the American money, so maybe that’s the US motto. I imagine a more appropriate motto for the US might be, “One for all and all for hot dogs.”

If “Out of many, one” is the US motto, I’d say that’s even lamer than “In God We Trust” because who speaks Latin anymore. It seems self-fulfilling, doesn’t it, like when Jewish religious texts refer to the Jews as the Chosen People.

It’s fine for any religion to think that way, but once you put those sayings on your flag or your money and force other nationalities or religions to handle it, it alters the impact.

Back to Brazil. In November 1889, three army officers entered the palace of the emperor, Dom Pedro II, and presented a message to the emperor ordering him and his family to leave, to which Dom Pedro replied, “I am leaving, and I am leaving now.” Dom Pedro made a wise decision as the palace was already surrounded by soldiers eager to depose the emperor.

There is a famous lithograph depicting the delivery of this message that threw Dom Pedro into exile. The painting shows the three officers who delivered the message to Dom Pedro. One of them was FHC’s grandfather, Joaquim Ignácio Batista Cardoso.

The country’s founding fathers didn’t waste time placing “Order and Progress” on the first flag of independence, along with 21 stars, in imitation of the US flag with each star representing a state. (The original name chosen for the new republic was Republic of the United States of Brazil.)

Like any country viewed by an outsider, it’s typical of me to get confused. Brazil can sometimes be very contradictory. Whether it’s cultural or linguistic anomalies, there is a myriad of traps to bewilder any outsider. Linguistically, how can the same word mesa be both a table and a desk? How can a carteira be a wallet and a student’s desk in school?

Besides Brazil’s unique idea of placing a motto on its flag, I’ve been confused trying to understand what the saying “Order and Progress” means. In my mind those two words are opposites. Order implies stability and maintaining the status quo, keeping peace by honoring the old values.

However, progress involves leaving the old ways behind and adopting new traditions. Progress signifies the embrace of the new so as to be better prepared for the future. To make progress, society must ensure that the future is better than the past, which inevitably involves the acceptance of change, the opposite of maintaining the status quo.

One Brazilian professor from the federal university in Curitiba told me, “Brazil’s motto is ironic because I can’t see any order or progress these days.” Rather than losing sleep over a nation’s motto, in Brazil or the US, I had filed away the motto mystery in my drawer of Brazilian riddles, along with mesa and carteira.

Then I started reading Cardoso’s memoir with his description of his revolutionary grandfather, and I learned that the pairing of order and progress is not a Brazilian invention, nor is it a contradiction.

In fact, the phrase is derived from Auguste Comte, the 19th-century French philosopher, who founded the doctrine of Positivism. This doctrine places facts and truth as the ultimate goals of civilization and became the overriding political philosophy of 19th century Europe and the US.

Comte believed that in our search for truth, humans should progressively learn more, which leads society to continually advance in the positive sense of the word. Comte is often referred to as the first philosopher of science.

In the 1800s, Rio de Janeiro was the capital of Brazil, and its residents thought of Rio as the Paris of South America. For example, when it came to studying a foreign language, people learned French, not English.

At that time, the military schools in Brazil were teaching the principles of Comte’s Positivism. Thus, it’s no surprise that the military officers who orchestrated the departure of Dom Pedro in 1889 were believers in Positivism.

Historians have concluded that the Brazilian motto, Order and Progress, comes from this sentence of Comte’s that summarizes his doctrine of Positivism: “L’amour pour principe et l’ordre pour base; le progrès pour but” (Love as a principle and order as the basis; progress as the goal).

If a French philosopher could find a way to fit order and progress into the same doctrine, nor less the same sentence, that’s good enough for me. By instilling order within society, but in a loving way, Comte saw progress as a natural social outcome, or at least the goal of society.

Order and progress linked together make sense in this context. The gentlemen orchestrating a bloodless revolution to overthrow a monarchy are going to consider the emperor’s departure as a sign of progress.

The Brazilian revolutionaries who deposed Dom Pedro were acutely aware of the social and economic inequality posed by a monarchy. Additionally, the exile of the country’s figurehead could be cause for political chaos, in which case the call for order is a smart idea.

Progress for Brazil in 1889 represented a more even distribution of wealth in favor of the majority of the population who didn’t own any land, which meant they couldn’t vote. Even after the emperor’s quiet departure, because of wealth and literacy requirements, fewer than three percent of the Brazilian population was eligible to vote. Not even a third of adults knew how to read at that time.

The military who deposed the emperor wanted the rule of law and order to prevail in Brazil, but they also sought a more educated populace that would lead to a less hierarchical society and progress, as expressed in Comte’s doctrine. They believed passionately in the construction of a strong, centralized state that exists for the benefit of the country.

In the 19th century, much of the political power of Brazil was concentrated in the hands of a small number of wealthy landowners, particularly in the states of São Paulo and Minas Gerais. With the departure of the emperor, the first military police were organized as a way of maintaining order. No one expected the wealthy oligarchs to easily accept a government seeking economic equality.

The wealthy weren’t the only ones willing to disrupt order in Brazil. In 1894 just five years after the establishment of the Republic, Joaquim Cardoso was called to Rio Grande do Sul to help suppress a long and bloody civil war. A rebel army there of 3000 men had plans to march on São Paulo but were eventually defeated. Coincidentally, Joaquim took his orders in Rio Grande do Sul from General Manoel do Nascimento Vargas, whose son Getúlio would later become president.

Brazil is caught today in a convulsion of historic proportions. Political, economic, and legal crises are dividing the country against itself, creating a tense and uncertain atmosphere. In times like these, despair among the populace is not uncommon. Are there any solutions to the current political and economic dilemmas? Does the future promise progress or more of the same – corruption and high unemployment?

It’s important to remember that Brazil has a history of revolutionary protest dating back to Tiradentes in the 18th century and the founding of the Republic in the 19th century. Some revolts succeeded, others failed; some that succeeded ended up changing very little.

Is another transition coming? If so, will it be violent, like the civil war in Rio Grande do Sul in the 1890s, or the revolt by Paulistas in 1932 when thousands died; or will it be bloodless, like the removal of Dilma?

Brazil is living through a time of radical transformation. The old myths by which Brazilians oriented themselves are disappearing. The future depends on who rises to lead the country.

B. Michael Rubin is an American living in Curitiba.

This article appeared originally in Curitiba in English – http://curitibainenglish.com.br

World Social Forum: Brazil Wishes to Show Again that Another World Is Possible

It was in 2001. Almost a generation ago now! The first World Social Forum ...

The Brazilian Experience: How Black Rage Turns into Revolt

Brazilian black movements have been organizing and protesting against racial violence and injustice for ...

Brazil is currently facing its worst recession in decades while corruption allegations consume the ...

A movie critic must manifest himself as to the quality of a motion picture ...

Presidential Elections: Will Brazil Be Condemned to Repeat Its Authoritarian Past?

For 21 years Brazil has experienced a brutal military dictatorship which lasted from 1964-1985. ...

Ricardo Bonalume Neto, one of the estimable science editors of the Folha de S. ...

Two months ago the press divulged the fact that Brazil’s Bolsa Família Program had ...

January 2002 Letters Shame on You Would you be so kind as to explain ...