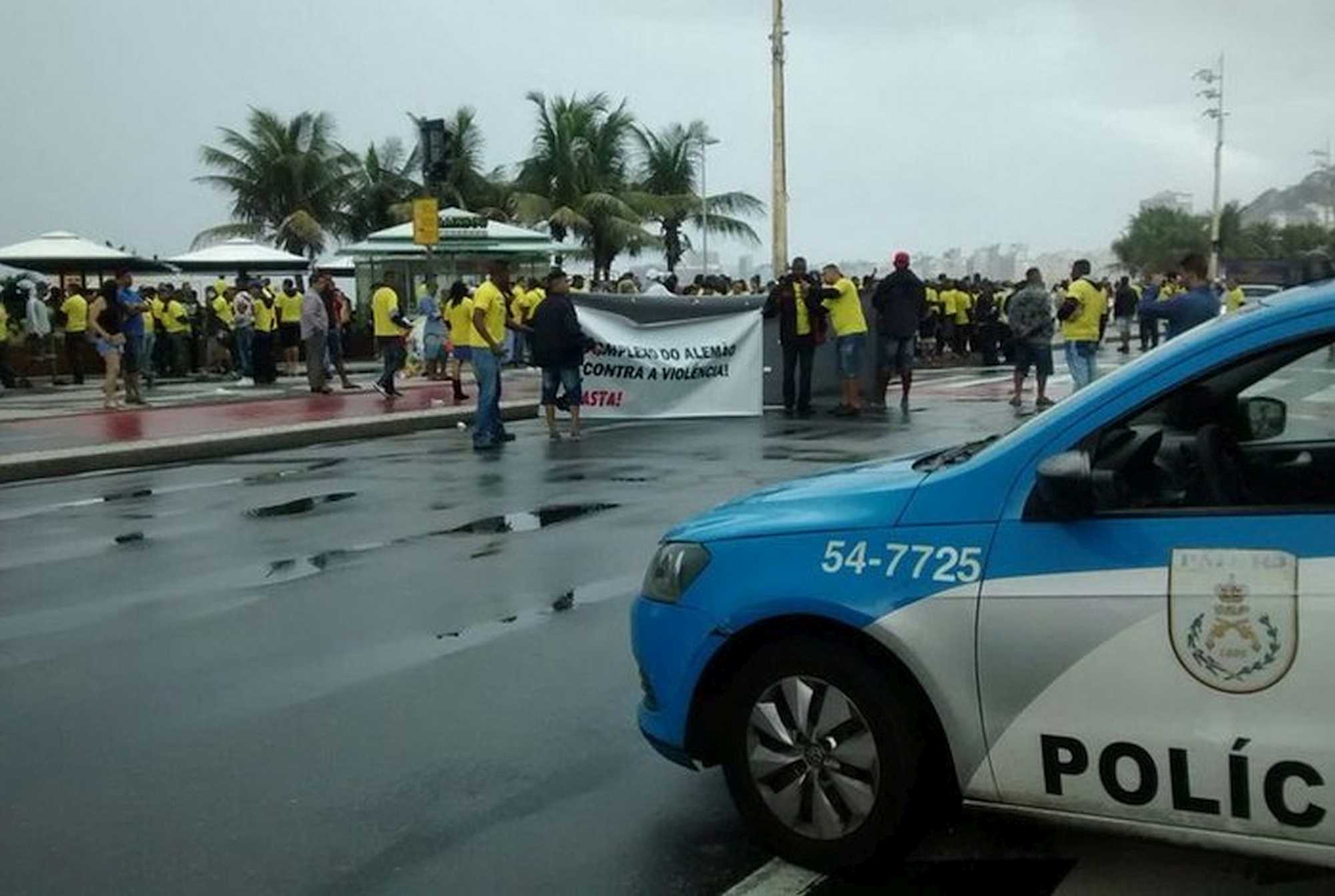 Hundreds of favela residents have rallied on Rio de Janeiro’s world-famous Copacabana beach, weary of the violence in the city’s slums. The shooting death of a mother and daughter pushed the residents to act.

Residents of Rio’s ultra-violent slums brought their protest to the glitzy beach on Sunday in a desperate bid to bring an end to lethal shootouts between drug traffickers and police.

As well as being a major center for international drug smuggling, Brazil has a massive domestic drugs market and the city’s hillside favelas often bear the brunt of its associated violence.

Sunday’s demonstrators asked Rio’s rich and powerful to stop looking away from the almost daily shootings of innocent people in military-style police operations.

“We deserve to live without fear of dying,” one of their posters read.

The protest was organized after a mother and daughter were killed in a police shootout in Morro da Mangueira favela on Friday, local daily O Dia reported.

The 76-year-old mother was reportedly struck when she left the house and her daughter was shot as she tried to rescue her mother. A man was also injured and taken to hospital by residents.

“Coming here is the only way we can get the attention of the authorities,” Jacaré favela resident Sergio da Silva told news agency AFP outside the iconic Copacabana Palace hotel.

“People have a lot of difficulties. It’s hard on the children. There are shootouts and people are shot,” he said. “There are a lot of children who are lost to the drug traffickers and to using drugs.”

“There is no investment in the favela. Only the police come in,” Washington Fajardo, president of the Mangueira Residents Association, told local daily Extra.

Drug traffickers control swaths of the poor, largely unregulated shantytowns that are dotted around Rio and house almost a quarter of its population.

More than 80 police officers have died so far this year in Rio de Janeiro state.

Corruption and Lack of Services

Corruption also handicaps efforts to bring down traffickers. Last week, arrest warrants were issued for nearly 100 officers accused of taking bribes from drug dealers, providing protection to them or even renting out weapons.

Favela residents say they are victimized not just by physical danger but by the lack of decent education and basic services, such as sewage treatment.

“Teachers don’t want to work there because there is shooting all the time,” said recent graduate Mateus Conceição, 20, from Cidade de Deus, speaking with AFP.

“You have to think of violence in its wider sense,” Marcos Valerio Alves, the head of the Alemão favelas association, told AFP.

“A lack of kindergartens is a kind of aggression, a lack of sewage treatment is a form of aggression. So is not having work or education or pastimes.”

“Political parties should look at us through different eyes.”

Without Police, Rio’s Drug Lords Show Who Are the Bosses in the Favelas

After the Brazilian government spent tens of millions of dollars securing the city of ...

Heroes or Thugs? They Invade Brazil’s Abandoned Buildings to Get Affordable Housing

Behind a heavy metal gate and walls painted with murals of revolutionary icon ...

The gunning down of a string of candidates ahead of nationwide municipal elections this ...

To enter the unsanitary, violent, and inhumane cells of Brazil’s prisons is to step ...

Divorce Not a Dirty Word Anymore

Brazil Logging Mafia Kills Another Guardian of the Amazon

A leader of an Amazon tribe acclaimed for its environmental defenders has been killed, ...

Trying to Understand Brazilians? Start by Their Memes

You have probably already stumbled upon a Brazilian meme on one of your internet ...

Ten campesinos (nine men and one woman) were killed by Brazil’s military and civilian ...