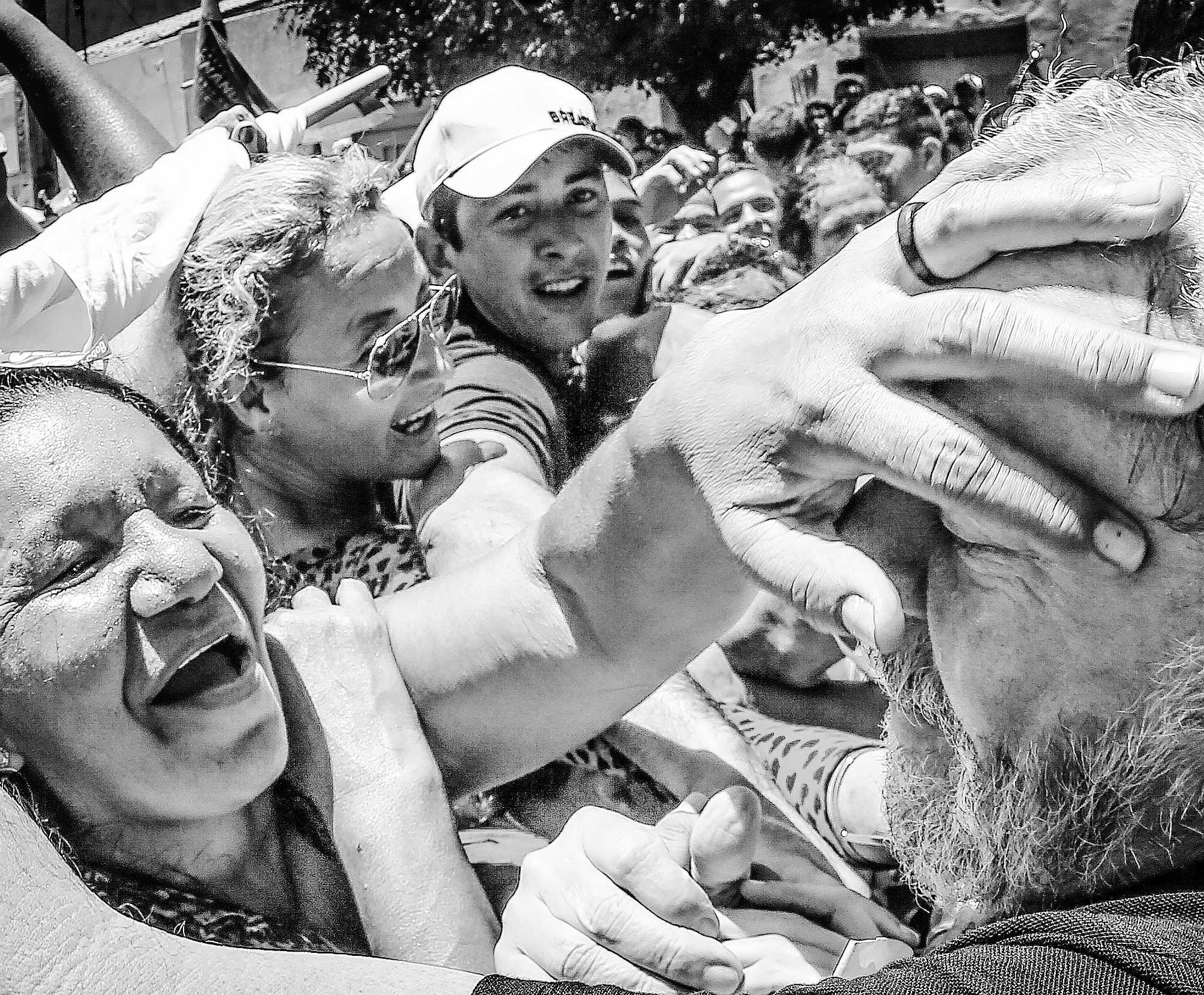 According to the polling firm DataFolha, the Workers’ Party’s candidate would win the election in a run-off vote with any of the five possible scenarios proposed to the people surveyed — considering that most of the parties have not appointed their candidate for next year’s election yet.

Lula would obtain at least 14 percentage points more than any other candidate tested, with about 29 or 30 percent of support against Green Party’s candidate Marina Silva, Social-Christian Party’s Jair Bolsonaro, or São Paulo’s Governor Geraldo Alckmin.

Lula has criticized the media in Brazil for consistently accusing him of corruption and fraud without any evidence and creating a “climate of guilt” around him.

Lula is accused of receiving a beach apartment as a kickback from the Brazilian construction conglomerate OAS in exchange for political favors like helping the firm win government contracts.

Lula has denied owning the property and slammed the case as a “farce,” claiming it is an attempt to destroy his character and sabotage his candidacy in the 2018 presidential election.

If Lula is convicted, he can appeal to a federal court, and would not face prison unless the judge rules he is at flight risk or has a concern that he could intimidate witnesses. If his appeal is not accepted, he could seek an injunction from the Supreme Court.

In the case that all appeals are rejected, it would bar Lula from running or being nominated for any public office for eight years and could include prison or house arrest.

Janot sent the request for charges, with additional documents to follow on Tuesday, to the country’s Supreme Court, which will then send them to the lower chamber of Congress.

By law, criminal charges against a sitting president have to be approved by two-thirds of the lower house and only then can the Supreme Court issue a conviction. If approved by the lower house, Temer could be suspended for 90 days while awaiting impeachment proceedings.

In that possible scenario, current House Speaker Rodrigo Maia would assume the presidency.

According to a poll by Estadão, Temer might not have the support of lawmakers to block the process.

Temer faces several accusations of corruption and spying, and according to Reuters, Janot will consider treating each investigation separately instead of presenting them all together, a move that could weaken his defense strategy.

The embattled politician, who was one of the main architects of a similar procedure against former President Dilma Rousseff, has been marred by endless political scandals revolving around the Operation Car Wash, or Lava Jato, investigations.

In May, a wiretapped conversation with businessman Josley Batista, chairman of JBS, the world’s largest meatpacking company was released, which appeared to show Temer endorsing a bribe to potential witnesses in the investigation.

In the recording, Temer was heard saying after being informed that hush money was being paid to the former head of the lower house of Congress, Eduardo Cunha, “Look, you’ve got to keep that up.”

Last week, Brazilian federal police handed over their investigation to the court alleging that Temer accepted bribes in exchange for political favors from JBS. Police have also confirmed the authenticity of the recordings, which Temer insists have been tampered with.

Temer also denied other allegations, a report in a national magazine claiming that the country’s secret security service, known as Abin, spied on the judge in charge of the same corruption probe.

Temer’s numerous complications have led to a plummeting of support.

The survey by the DataFolha polling institute shows just 7 percent of those questioned approved of his administration, down from 9 percent in April.

Temer “has no conditions” to govern Brazil, said the former president Luiz Inácio Lula da Silva. The best option is that Temer himself called for new elections so that the country can achieve the peace and democracy it needs, said the founder and leader of the Workers’ Party (PT).

Lula insisted on his defense of immediate direct elections and stressed that after the parliamentary-judicial coup against constitutional president Dilma Rousseff, last year, things are getting worse.

Brazil was a country that became an international protagonist and “today Temer is received in Moscow by the director of the airport, and then arrives in another place (Norway) and is received by the third vice minister,” he deplored in statements to Radio Itatiaia, in the state of Minas Gerais.

That prestige gained earlier “is ending by mediocrity, by a foolish blow,” insisted the former president and reiterated that society needs to believe that tomorrow can be better.

For the First Time, a Brazilian President in Office is Charged with Corruption

This past Friday (March 17) marked the third anniversary of Brazil’s biggest-ever corruption and ...

He has vowed to drain the swamp, slash regulations and get tough with China. ...

The president of Brazil, Dilma Rousseff, reached out to political allies to stem a ...

Let’s Resist Together, Tells Brazil President on the Eve of Her Impeachment Trial

With a few hours left until her impeachment trial begins in the Brazilian Senate ...