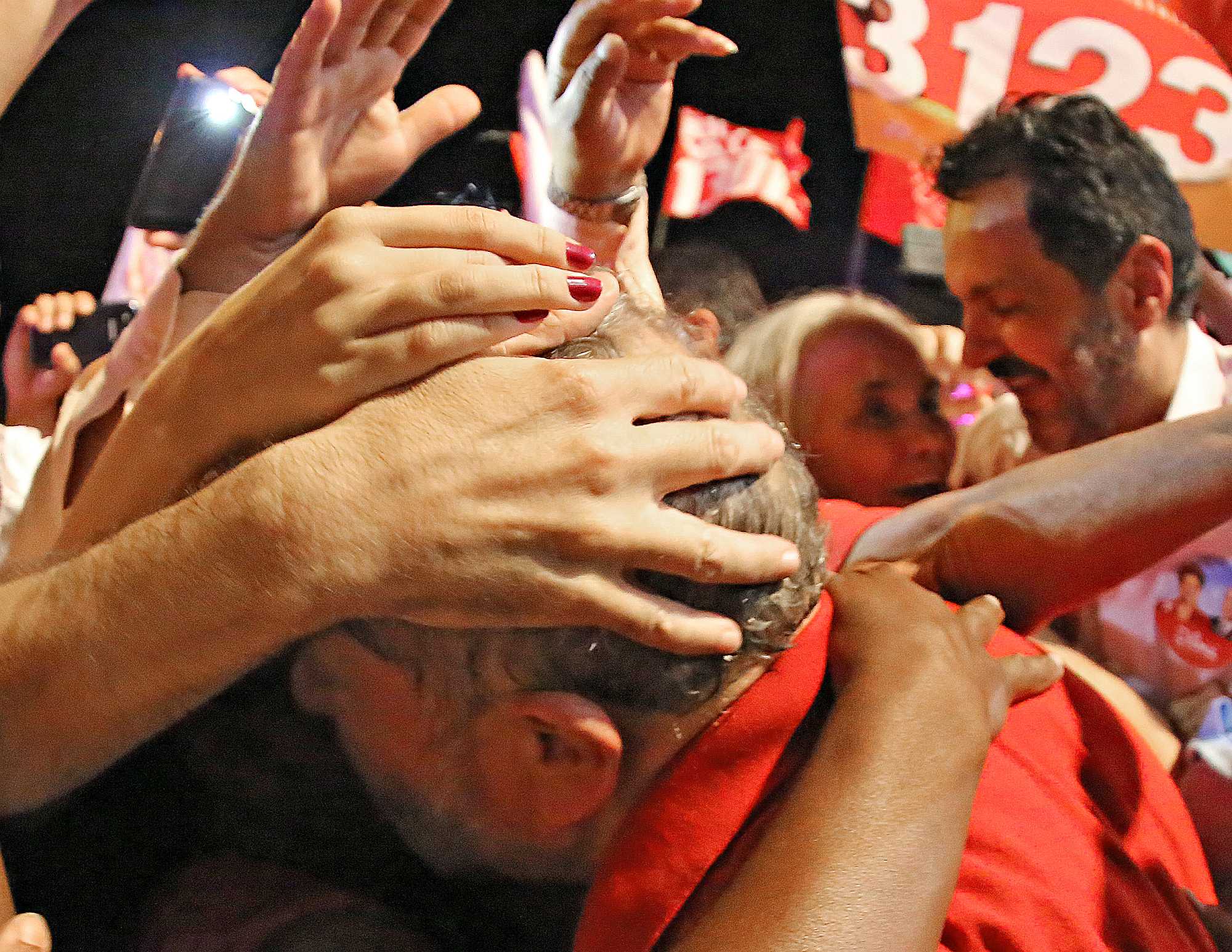 In an impassioned speech at his Workers’ party headquarters in São Paulo the day after federal judge, Sergio Moro, sentenced him to nine years and six months in jail, Brazil’s first working-class president warned: “Whoever thinks this is the end of Lula is in for a shock.”

As well as denouncing Moro’s ruling, he attacked the prosecutors who built the case against him, as well as the country’s media and political elite.

In the latest ratcheting up of the country’s increasingly polarized political debate, Lula said, to cheers from militants gathered in the street below:

“Lords of the big house, let someone from the slave quarters do what you have no competence to do in this country. Let someone look after this people, because it doesn’t need to be governed by the elite.”

If Wednesday’s sentence is upheld in a higher federal court Lula will be barred from holding any elected office. The judge decided to allow Lula to remain at liberty while he appeals the ruling.

At the Workers’ Party meeting its president, Gleisi Hoffmann, warned: “Any election without the participation of President Lula is a fraud.”

Although his rejection rating in polls is above 50%, Lula is the front runner in next year’s presidential race. His removal would pose a major challenge for the Workers’ Party. Engulfed in corruption scandals, it has no competitive candidate to replace him.

Lula was convicted of corruption and money laundering after Moro accepted the argument of federal prosecutors that he was the ultimate owner of a beachfront triplex apartment, having received it from a construction company in return for favors at Petrobras, Brazil’s semi-state oil giant.

Lula denies the accusation, saying the conviction relies on the word of company executives who gave false testimony against him in order reduce their own sentences for corruption. He challenged his detractors to provide “a single proof against me”. “I’d be happier if I was convicted because of some evidence,” he said.

An appeal could take between six and 18 months. The higher federal court responsible for reviewing Judge Moro’s sentences in the sprawling anti-corruption operation that started as an investigation into wrongdoing at Petrobras has so far upheld about two-thirds of his rulings.

Women in the Streets Against a Brazilian Mayor with Presidential Ambitions

Brazilian President Michel Temer since taking office, in May 2016, has faced one crisis ...

Women in the Streets Against a Brazilian Mayor with Presidential Ambitions

In Brazil, a group of women have been protesting at the city hall in ...

An Update on Brazil’s Vote-for-Pay Scandal

Since the middle of last year the Brazilian political scene has been mostly dominated ...

The municipal elections this Sunday, in Brazil, were a disaster for former president Luiz ...

A new group of congressmen from Brazil’s Workers Party (PT, Partido dos Trabalhadores) who are ...

Brazilians Can’t Decide: Half Want Lula as President and the Other Half Want Him in Jail

Through implementation of her "Transformational Diplomacy" initiative, U.S. Secretary of State Condoleezza Rice has ...