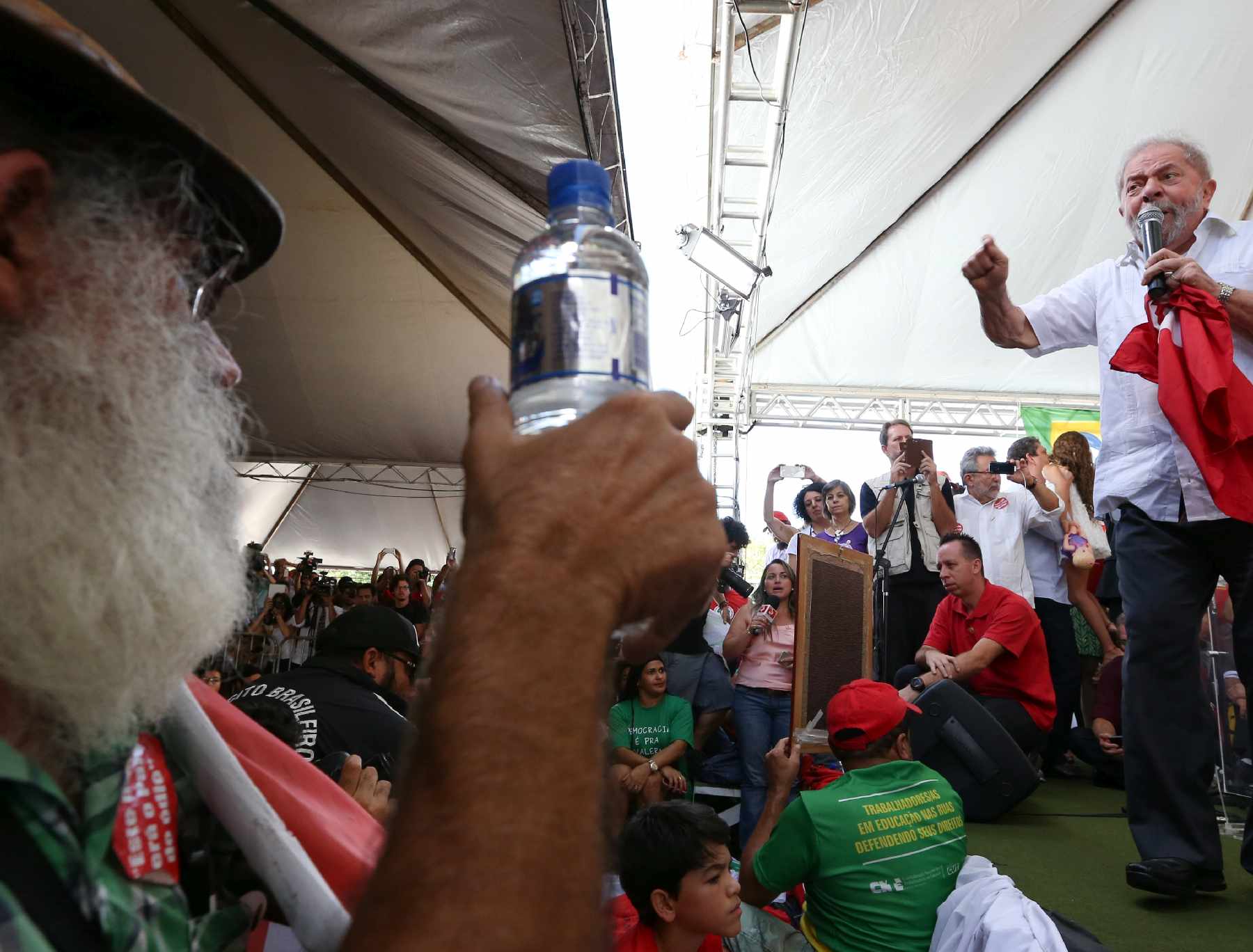 Former Brazilian President Luiz Inácio Lula da Silva, confirmed that “he is preparing” to run for the presidency in 2018, should it “be necessary.”

In his first public speech of the year, the politician said he would be traveling the country in 2017 to restore his image and that of his Workers’ Party, “which have been criminalized by the press and the justice system.”

Lula, who served as president of Brazil from 2003 to 2010, made the remarks at an event of the Landless Workers’ Movement in the northern city of Salvador da Bahia.

He was accompanied by Jaques Wagner, the former chief of staff to impeached President Dilma Rousseff, and the former president of Petrobras, Sergio Gabrielli.

In reference to allegations that his opponents may seek a legal injunction through the courts to stop him from running, Lula said that everybody should be able to run for president.

Lula also said that the Brazilian economy, which currently plunged into a deep recession, would return to growth through public investments.

According to the former president, Brazil needs an agricultural revolution, including using public banks to finance family agriculture, small businesses and consumers.

“The only way this country will grow is if the state invests. The only way (public) debt will fall against GDP is to make GDP grow,” Lula said.

35,000 Troops Guard Brazil’s Frontiers. Most Are in the Amazon

Bolsonaro Is the President. What’s Next? All Might Change on His Whim

The controversial right-wing populist Jair Bolsonaro has been elected Brazil’s new president with 55% ...

Some 70% of cases involving authorities at the Brazilian Supreme Court and the Superior ...

If you ask Google to translate the Portuguese word “temer”, the result is “to ...

Murder and Impunity: The Risky Business of Being a Journalist in Brazil

Brazil and Mexico are among the countries that saw the highest increases in impunity ...

The Brazilian government said it is concerned about US President Donald Trump’s order to ...

Brazilian President Michel Temer has called troops back off the streets of Brasília following ...

The dramatic stabbing of firebrand right-wing politician Jair Bolsonaro was caught on video and ...