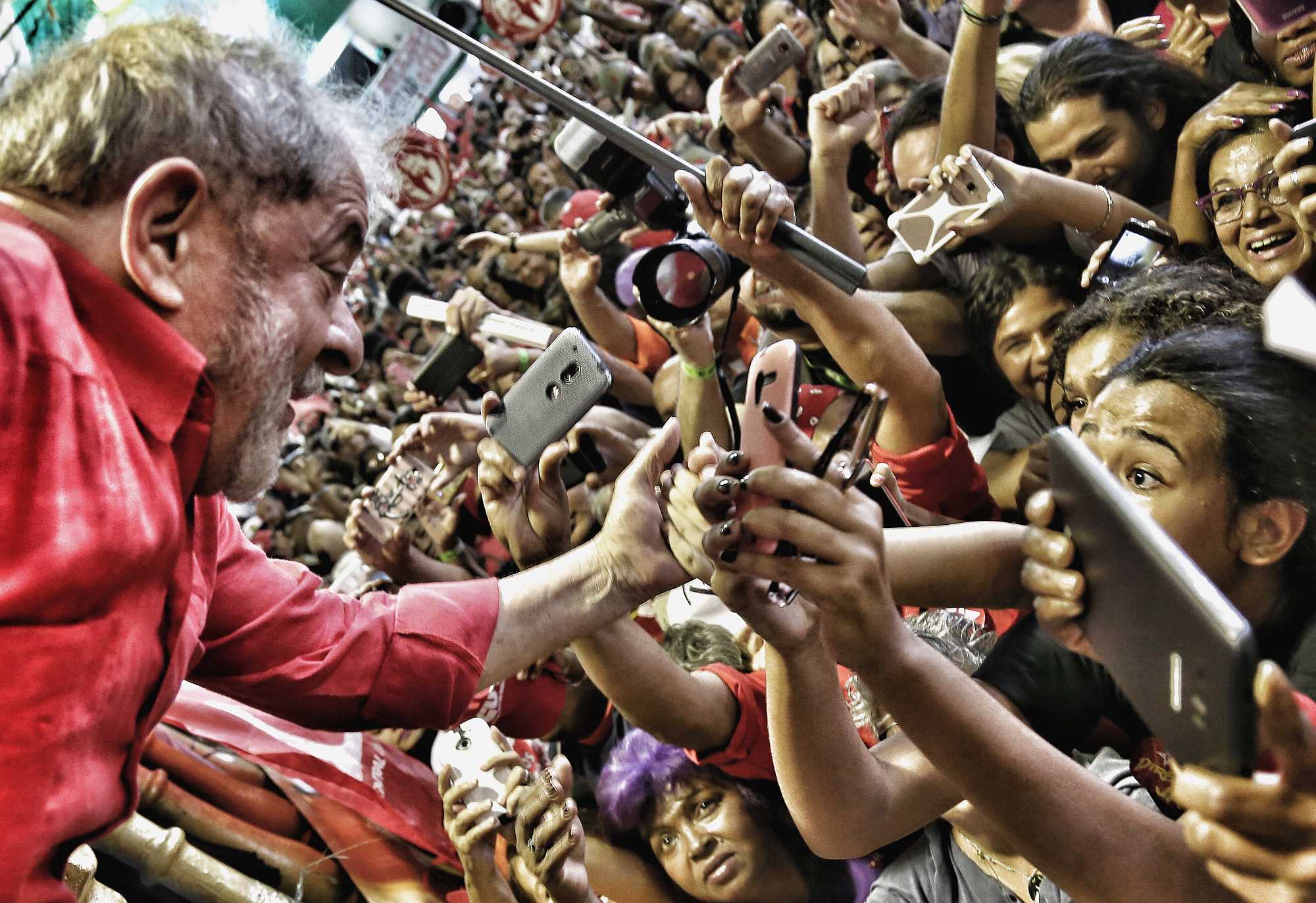 The former President of Brazil and founder of the Workers Party, Luiz Inácio Lula da Silva embarked on the “Caravan of Hope” tour which will take him through nine states and 25 cities in Brazil’s Northeast.

The caravan’s first stop is in Salvador, and will continue until the last stop in São Luis do Maranhão on September 5th.

According to Marcio Macedo, who is the current Workers Party Vice President and the coordinator of the caravan, the journey will have the dual aim of meeting with mayors, governors, and officials in the region, as well as identifying the legacy of the Lula and Dilma Workers Party government, and identify needs and struggles that have set in as a result of Michel Temer’s government.

The project looks to both stimulate resistance, and formulate future strategy.

“Both the Workers Party and Lula are imbued with the desire to bring a little hope to the Brazilian people, showing that it is possible to reconstruct a national project overcoming hatred and intolerance,” Macedo said.

Former São Paulo Mayor, Fernando Haddad, spoke on the need for the Workers Party to formulate a strategy in close coordination with the needs of the people.

“It cannot be bureaucratic. There must be more caution, more humility, and to process everything with generosity, including to incorporate the criticism that arises from the people, the workers, and to take note of the errors they point out,” Haddad said.
‘
For many long-time observers, the Caravan of Hope is an effort to echo and recall Lula and the Worker’s Party’s origins, when Lula began the Caravan of Citizenship in 1992 to help construct the social programs that defined his government.

Lula was recently charged with alleged corruption, and handed a nine-and-a-half year prison sentence. In spite of this, he is the highest polling candidate for the upcoming 2018 presidential elections.

Both he, his lawyers and his supporters, have repeatedly argued that the accusations against him are fabricated and part of a campaign to prevent him running again for president in the elections.

Lula received the homage of the town hall of Cruz das Almas in the state of Bahia. He also got the title of Doctor Honoris Causa of the Federal University of Recôncavo of Bahia (UFRB) based in that municipality, but he was not able to attend by decision of the federal justice.

Judge Evandro Reimão dos Reis, of the 10th Federal Hall in Salvador, obeyed a petition presented by the leader of democrats (DEM) in the Municipal Chamber of Salvador, Alexandre Aleluia.

According to the magistrate, the caravan would influence ‘noisy manifestations of the accused’.

The UFRB, on its part, said it would counter the judicial decision before the Regional Federal Court of the First Region (TRF1) and that it would also ask the General Advocacy of the Union to take the necessary measures, to counter an act that harms one of the fundamental principles of public universities: its autonomy.

At the end of last June, the rector of Uneal, Jairo José Campos da Costa, denounced he received a death threat by phone, saying he would be a dead man the day after conferring Lula the title and he recalled that the tribute to the former President was democratically approved by the Superior Council of the University and published in the official daily in July, 2012.

In the first act of the caravan, Lula asked the authorities of the Federal University of Recôncavo not to worry with the formality of giving him the title and assured that what was more important is the recognition that his administration was the one to found more universities in Brazil.

“My history cannot be turned off because it is in the heads of millions and millions of Brazilians,” he sustained.

Lula also confirmed he would any way visit that high study center before participating in the Youth Festival in the city of Cruz de las Almas.

The project Lula For Brazil, initiative of the PT, pretends to scan the reality of the country in the context of the transformations bequeathed by the Lula and Dilma Rousseff governments and also the dismantlement of the programs and policies of development and social inclusion carried out by Temer.

Brazil sank and is charting a rudderless course, Lula said in an interview with Radio Metrópole, of Salvador.

Temer came to office with the promise of ‘saving Brazil’ and today the country has neither economic nor political credibility; every day they announce a new cut and always against the workers, Lula stressed.

Asked about the persecution to which he has been subjected by the prosecutors of the anticorruption operation Lava Jato and the Federal Police, the founder of the Workers’ Party (PT) explained that, according to political analysts, their goal is to prevent him from participating in the 2018 presidential election.

They know that if I return in 2018 I will return stronger, and that I am capable of setting up a team and engage Brazilian society to solve the problems and re-conquer this country’s credibility, he pointed out.

The ex-president insisted that the Lava Jato task force ‘is acting as a political party’ and as a slave of the Globo network. He charged that they fabricated a big lie, according to which the PT was a criminal organization and Lula was the most famous figure, the chief.

“Therefore, everything that Lula did during his government was to steal,” said the former president, who noted that “that thesis is groundless and now they do not know how to get rid of the lies they told.”

In another segment of the interview, Lula said that he felt bitter due to the situation in Brazil today, with more than 14 million unemployed workers and in a deep economic crisis. He recalled that when Dilma won the 2014 election, the unemployment rate was just 4.5 percent, the lowest in the country’s history.

In order to fix this country, the people need to participate again in the market, said Lula, adding that for the economy to grow, investments have to be made in infrastructure.

I already proved what can be done in Brazil, and also that the poor are not the problem, but the solution, he noted.

Only Promises of Economic Improvement Keep Brazil’s President in Power

“Cultural Marxism” is a right-wing conspiracy theory that accuses the Frankfurt School — comprised ...

With the recent onslaught of initiatives launched by Brazil’s wealthy ruralist elite to undo ...

Germany’s global candymaker Haribo was forced on the defensive on Thursday after a documentary ...

A congressional committee in Brazil approved on Thursday a constitutional amendment that would limit ...

Brazilian Senator and Her Husband, Both Rousseff’s Ministers, Charged with Corruption

Brazilian Senator Gleisi Hoffmann and her husband, Paulo Bernardo Silva, who both served in ...

As a boy growing up in Brazil’s impoverished northeastern state of Bahia, Brazilian actor ...