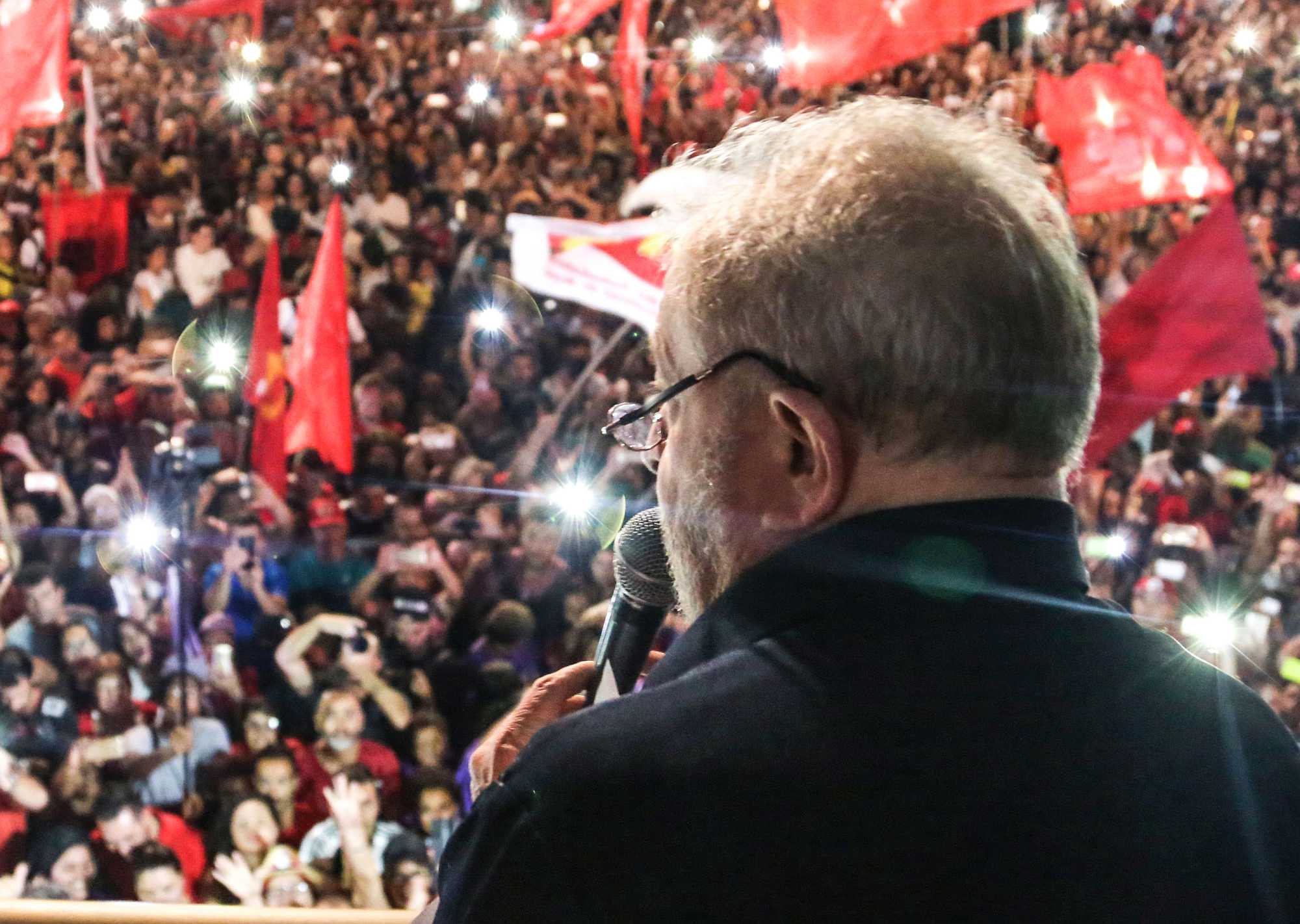 A recent poll commissioned by the Central Worker’s Union and conducted by Vox Populi Institute revealed that former Brazilian President Luis Inácio Lula da Silva of the leftist Workers’ Party would win free, democratic elections if they were held today.

According to the poll, Lula would be elected in the second round with 52 percent of the overall vote. Possible rivals included in the survey were Geraldo Alckmin, current governor of Sao Paulo, who would receive 11 percent of the vote.

Finally, Aécio Neves former senator and governor of Minas Gerais who was implicated on charges of bribery would receive 3 percent of the vote.

Lula would still have to stay clear of jail, since he has also several charges of corruption and money laundering leveled against him.

The survey, conducted between June 2 and 4, was released Tuesday. Apart from Lula’s popularity, it showed that the current Brazilian administration, headed by Senate-imposed President Michel Temer, received a mere 3 percent approval rating and that the population held his government directly responsible for unemployment, which has reached 14.5 million workers.

It also emphasized that the current recession in the work sector, which has affected first and foremost the working class and those who remain in poverty, is blamed on the incompetency of Temer’s administration.

Lula is the preferred presidential candidate among all age groups, independent of one’s level of education, income and gender.

The Vox Populi-Central Worker’s Union poll was undertaken in 118 municipalities in every state in Brazil including city capitals, metropolitan regions and the countryside. Two thousand people over 16 years old were interviewed and the margin of error is 2.2 percent.

The headquarters of Brazil’s trade unions have issued a call for a new general strike to shut down Brazil’s largest cities on June 30th, to protest neoliberal labor and retirement pension reforms, as well as demand the resignation of president Michel Temer who is currently embroiled in corruption controversies.

“If the National Congress resolves to vote on the reforms, we will move forward with the mobilizations. We will not allow them to vote against the will of the Brazilian people,” the secretary of the Central Worker’s Union (CUT), Sergio Nobre, said.

The austerity measures proposed by Temer would raise the minimum age to retire and collect pension to 65 years. While international organizations such as the International Monetary Fund (IMF) have supported Temer’s neoliberal policies as being conducive to economic growth, the policies have been widely protested and condemned as harmful to the interests of the poor and working classes.

The proposal also comes in the midst of a massive wave of layoffs. Unemployment has reached a record high of 13.6%, or 14 million Brazilians without jobs.

In late April, over 35 million Brazilians participated in a general strike called by CUT to protest the economic austerity of Temer.

In the midst of the growing discontent directed at neoliberal policy proposals, new waves of protests against Temer, who only took power after what some call a parliamentary coup to remove former President Dilma Rousseff, began after recorded evidence showed Temer approving bribes.

In one of the audio tapes, the president can be heard giving authorization to former JBS executive Joesley Batista to pay US$ 637,000 to purchase the silence of Eduardo Cunha, the former president of the Chamber of Deputies regarding a corruption scandal.

Is Brazil on the Brink of Political Chaos? Quite Possibly

After Dilma Rousseff was ousted as president in August 2016, Brazil’s pro-impeachment camp confidently ...

Brazil’s President Response to Hush Money Accusation: I Repeat, I Will Not Resign

Brazilian President, Michel Temer, said this Thursday he will not resign, after an explosive ...

Brazil’s famed Carnaval has kicked off early this year to the tune of “Our ...

The End of Brazil’s Richest Man: Bald and in Jail

Brazilian President Michel Temer is facing accusations that he bribed lawmakers to assure their ...