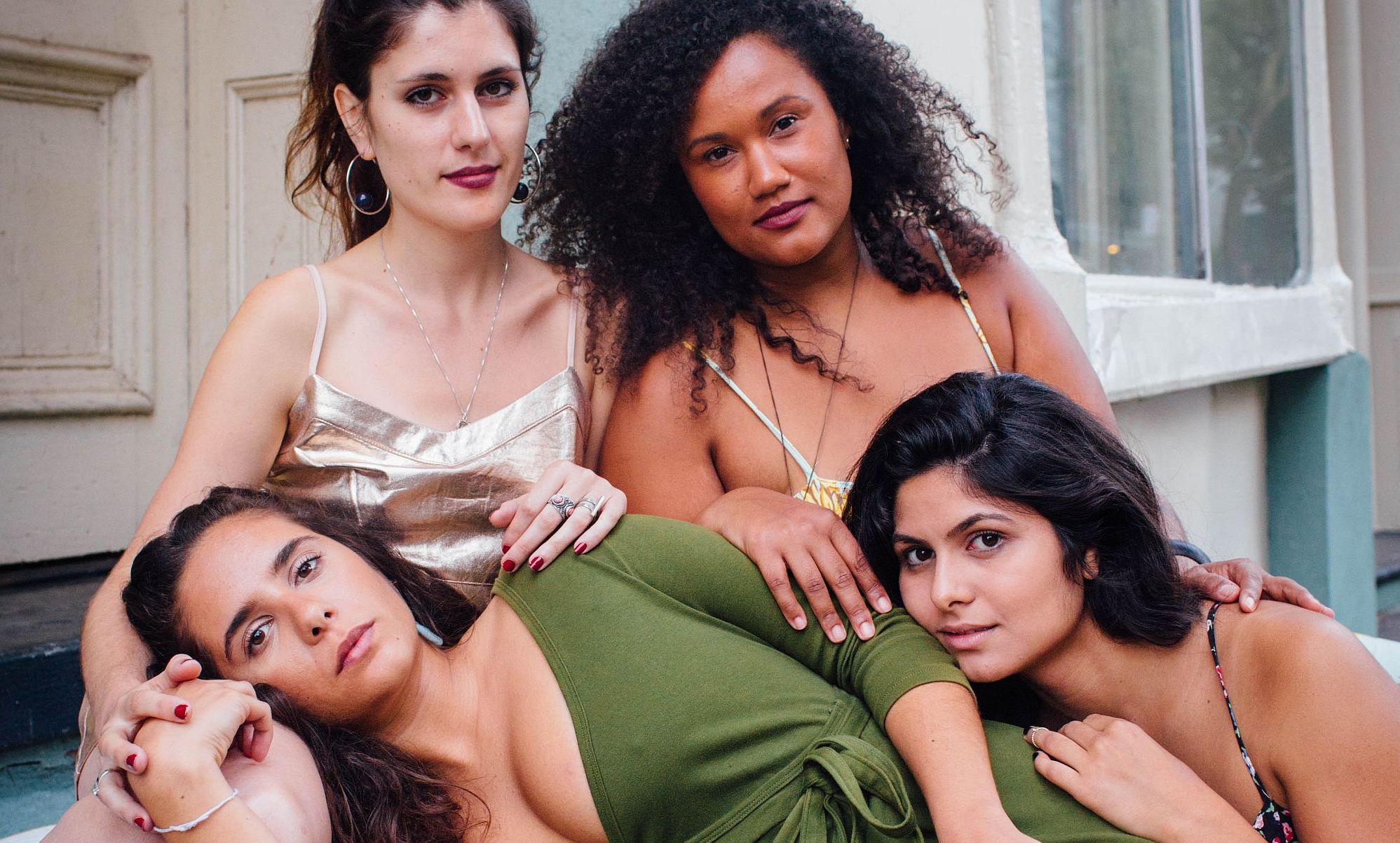 Evoé Collective was born a year ago founded by four Brazilian actresses based in NYC. Bárbara Eliodorio, Isabella Pinheiro, Laila Garroni and Ma Troggian got tired of being cast in stereotypical roles over and over again.

The group decided to create their own platform to showcase their talents and give voice to other latinx artist. Evoé led the number of nominations at the Brazilian International Press Awards 2018, and won for Best Theatre Production.

They caught the attention of the New York theatre scene after their production of “Female Voices From Brazil” last year at the Martin E. Segal Theatre.

Brazil lives one of its most delicate times, especially after the death of Marielle Franco, a Brazilian activist and politician who was killed in March.

Due to a terrible economic crisis, the social advances made during the former president Luiz Inácio Lula da Silva administration, seem to have gone down the drain.

Brazil kills 1 black person every 23 minutes, it is the country that most kills LGBTQ people in the world (1 every 19 hours) and the fifth country with the highest femicide rates on earth.

I’m sure that all the smiling faces and samba dancers images in your head have vanished by now. But according to the girls at Evoé, the country’s critical situation has always been fuel for their art

“Our culture was built on resilience, Capoeira was created by enslaved people so they could train their fighting skills, whilst making slave owners believe it was a dance. We make art with the urge to survive and the need to make living a little less painful, and that’s why our art is so urgent, so acute, so powerful, and our work vital,” says Bella Pinheiro.

The girls are also fighting to be seen and recognized as artists by the Latin community. “The fact that we speak Portuguese has always set us apart and made us the odd ones out. But language is probably one of the only things that set us apart; at the very core of it, we are the same – mostly colonized countries battling to rebuild themselves and their identity while fighting against the scars that years of exploitation have left on us. All that of course with a lot of passion, music and a deep trust in better days to come,” adds Ma Troggian.

What does Evoé hope? The girls wish to bring the audience an empathic look at things, getting people from all over the globe to sympathize with their stories and end any sort of stereotypical view they might carry inside.

“We believe that stories heal, not only the tellers, but also the listeners, if allowed they will find themselves in an ineffable space. And in that place there’s no prejudice, no hate, no fear. Utopic, I know but we live for that! (laughs).” finishes Bárbara.

Evoé will launch their first cinematographic experience in the end of the year, a short film called “Stand Clear of the Closing Doors,” which deals with racism in our daily lives and will be doing the Festival Circuit.

The girls are also set to film a TV-series pilot about immigrants in New York City, which will be filmed first half of 2019. All of that whilst they rehearse their first full on theatre production “Fluxorama” by Jô Bilac, to be directed by Marina Montesanti, which will open next spring.

Bárbara Eliodorio is an actress and producer from São Paulo, Brazil. She is one of the founders of the Evoé Collective and was nominated for a Brazilian Press Awards for Best Actress in 2018.

Eliodorio has also worked on Shark Tank Brasil, and the two-time Emmy award-winner series We Are New York. Last year she starred on Lollipop, a short-film that was nominated for Best Short Film and as a Special Jury Selection at the Dubai Film Festival.

Isabella Pinheiro is a Brazilian actress living in New York City. She recently graduated from Sarah Lawrence College and studied classical acting at LAMDA in London.

In 2016, Pinheiro was cast as one of the leads for Jim Finn’s Trilogy Chums From Across The Void premiering at the New York Film Festival (Official selection NYFF). She is also a producer and has worked at The Martin E. Segal Theatre and The New Ohio Theatre.

Laila Garroni is a Brazilian actress and producer based in Brooklyn, New York. She recently graduated from the Stella Adler Studio of Acting. Her latest works include a production of Escape From Happiness, where she was cast as Nora, and Necessary Targets, playing Zlata. Recently, Garroni has been cast as a co-star in the web-series Room in the Heights, where she will be playing Laurene.

She is the star of the Evoé Collective first short film “Stand Clear of the Closing Doors”, also written and directed by her – and a very proud participant of the ensemble of the 2017 Stella Adler Annual Shakespeare Benefit.

Ma Troggian is a New York City based actress originally from Brazil. Prior to moving to the U.S., Ma was fully immersed in the theater scene in Brazil where she played the roles of Carmen from The Balcony by Jean Genet, Vladimir from Waiting for Godot by Samuel Beckett, Bobbi from Some Girls by Neil Labute and Muffet from Uncommon Women and Others by Wendy Wasserstein.

In 2017, she had her playwright debut with Norma Jeane Was a Brunette, a play she wrote and starred in. Besides her love for theatre, Troggian is a trained DJ and music maker – her new song “I Want Ur Luv”, is now available on iTunes and Spotify.

Daúde She Must Be Good

It was a magic night at Canecão in Rio. In the audience the likes ...

Are Brazilians Hispanics? Latinos? It Depends. Most Would Like to Just Be Called Brazilian

Trump Accuses Brazil of Manipulating Its Currency. Once Again He Is Wrong

President Donald Trump slapped new tariffs on Brazil and Argentina after accusing them of ...

The Brazilian Ministry of Foreign Affairs reports that 55 Brazilian children are among the ...

The Brazilian government said it is concerned about US President Donald Trump’s order to ...

Brazil will celebrate one of the most anticipated moments in the Olympic Games at ...

To bastardize Charles Dickens: It was the worst of times, and it was the ...

In Brazil, US VP Sends Message: Build Your Lives in Your Homeland

A Chance for Rio and Brazil to Shine. But There is Also a Shameful Legacy

The Rio de Janeiro Olympic and Paralympic Games start today after over 39 billion ...