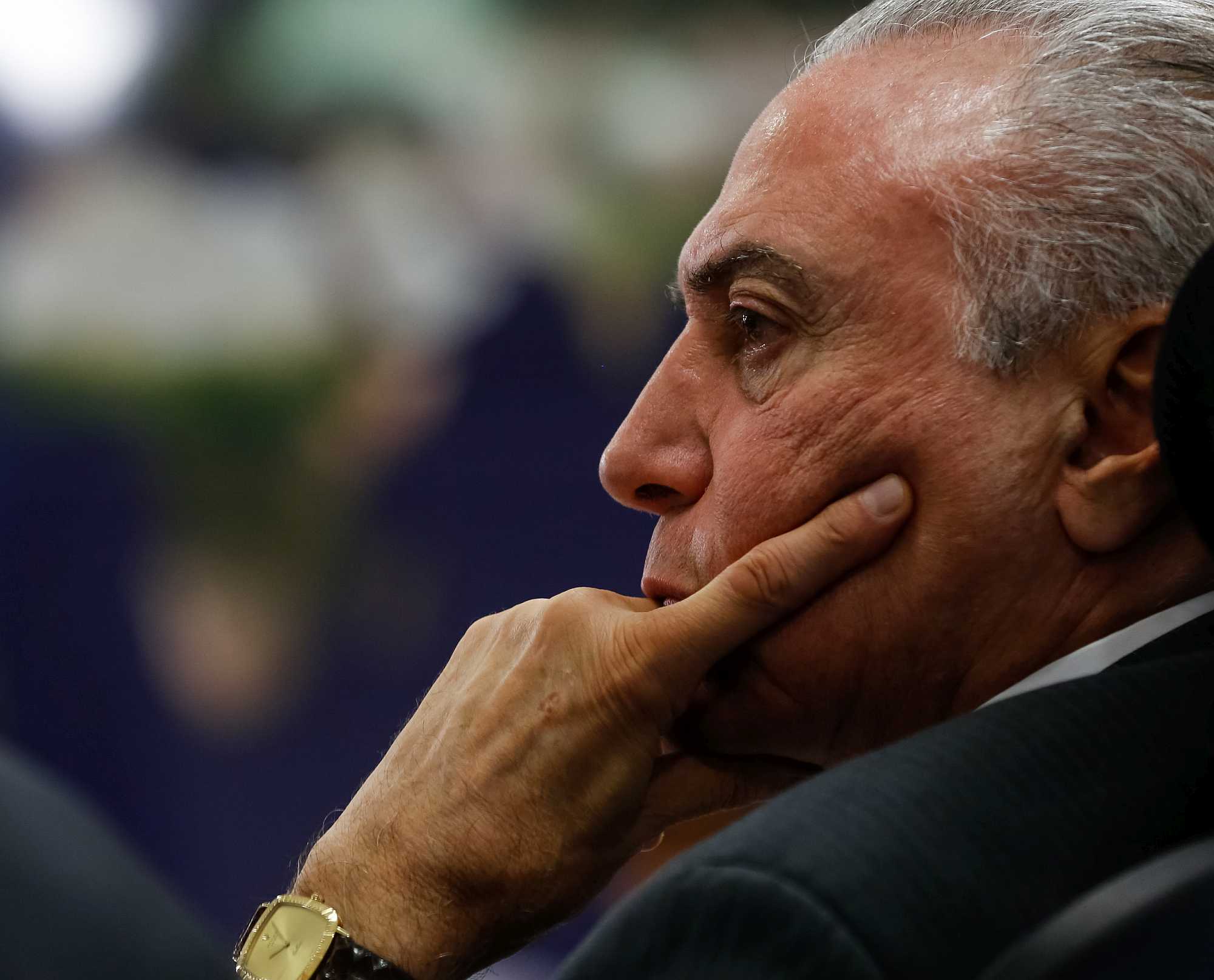 Brazil’s President Michel Temer has asked the Supreme Court to proceed with an investigation against him for obstruction of justice and corruption. His lawyers say that a secret recording that appears to incriminate him has been edited 70 times.

On Saturday president Temer filed a petition at the Supreme Court to have the investigation suspended. But his lawyers now say they want the investigation to go ahead to have the president’s name cleared. His legal team hired an audio expert, who concluded that the tape would not stand up as evidence in a court of law.

“We want this investigation to be concluded as soon as possible,” said one of his lawyers, Gustavo Guedes. “The only evidence against him, the recording, is useless,” added Mr. Guedes.

Contents of the tape were first released on Brazilian media on Wednesday, causing major political and economic turmoil. The Supreme Court has decided to send the tape to the US to check whether it has been doctored, as claimed by Temer’s defense.

President Temer was secretly recorded by Joesley Batista, president of Brazilian giant meat-packing firm JBS, during a late-night, unscheduled meeting. The wealthy businessman made the recording as part of a plea bargain with the prosecutor’s office.

On the tape, Mr Temer seems to signal his approval for illegal payments to the former speaker of the lower house of Congress, Eduardo Cunha, who was jailed for corruption last year.

According to Mr Batista, Cunha was being paid 1 million reais (US$ 300,000) a month in exchange for his silence regarding the involvement of other politicians, including Mr Temer, in Brazil’s wide-ranging corruption scandal known as Operation Car Wash.

The probe, launched in March 2014, centers on companies that were offered deals with state oil giant Petrobras in exchange for bribes, which were funneled into politicians’ pockets and political party slush funds.

Many expected the president to resign once the contents of the tape were made public. But he has made it clear that he will fight to serve out his term, which ends on 31 December 2018.

“I have never bought anyone’s silence, haven’t obstructed justice and haven’t done anything against the judiciary,” president Temer said in the televised address at the presidential palace on Saturday. I will not resign. I repeat: I will not resign,” he said on national television.

In an interview with O Estado de S. Paulo newspaper published on Monday, Mr. Temer said that he had been naive by agreeing to meet Mr Batista in those circumstances. But he insisted that he had not broken the law and that his support in Congress remained strong.

“I will not resign. Oust me if you want, but stepping down would be an admission of guilt,” he said. Temer is already deeply unpopular in Brazil but his center-right party has been able to govern as part of a coalition. He took office a year ago, after President Dilma Rousseff’s impeachment.

Both president Temer and Cunha played a key role in the downfall of Mrs Rousseff, who was removed from office accused of illegally manipulating government accounts. She denies all the charges. Opposition parties have demanded his resignation and snap elections.

All You Wanted to Know About Brazil’s Latest Presidential Scandal

The man who led a campaign to paint Dilma Rousseff as a corrupt ...

Brazil had a record number of murders last year, with homicides rising 3.7% from ...

Brazil’s presence and participation in Mercosur has continued to develop significantly in recent months. ...

Even Being a Minority, Evangelicals Might Decide Who Is Brazil’s Next President

The influence of the Catholic Church has waned in Brazil, where people have been ...

Lula Gets Sentenced to 9 Years in Prison. There Goes His Dream of Becoming President Again

Demonstrators marched across Brazil on Sunday calling for the resignation or ouster of President ...

Some 70% of cases involving authorities at the Brazilian Supreme Court and the Superior ...