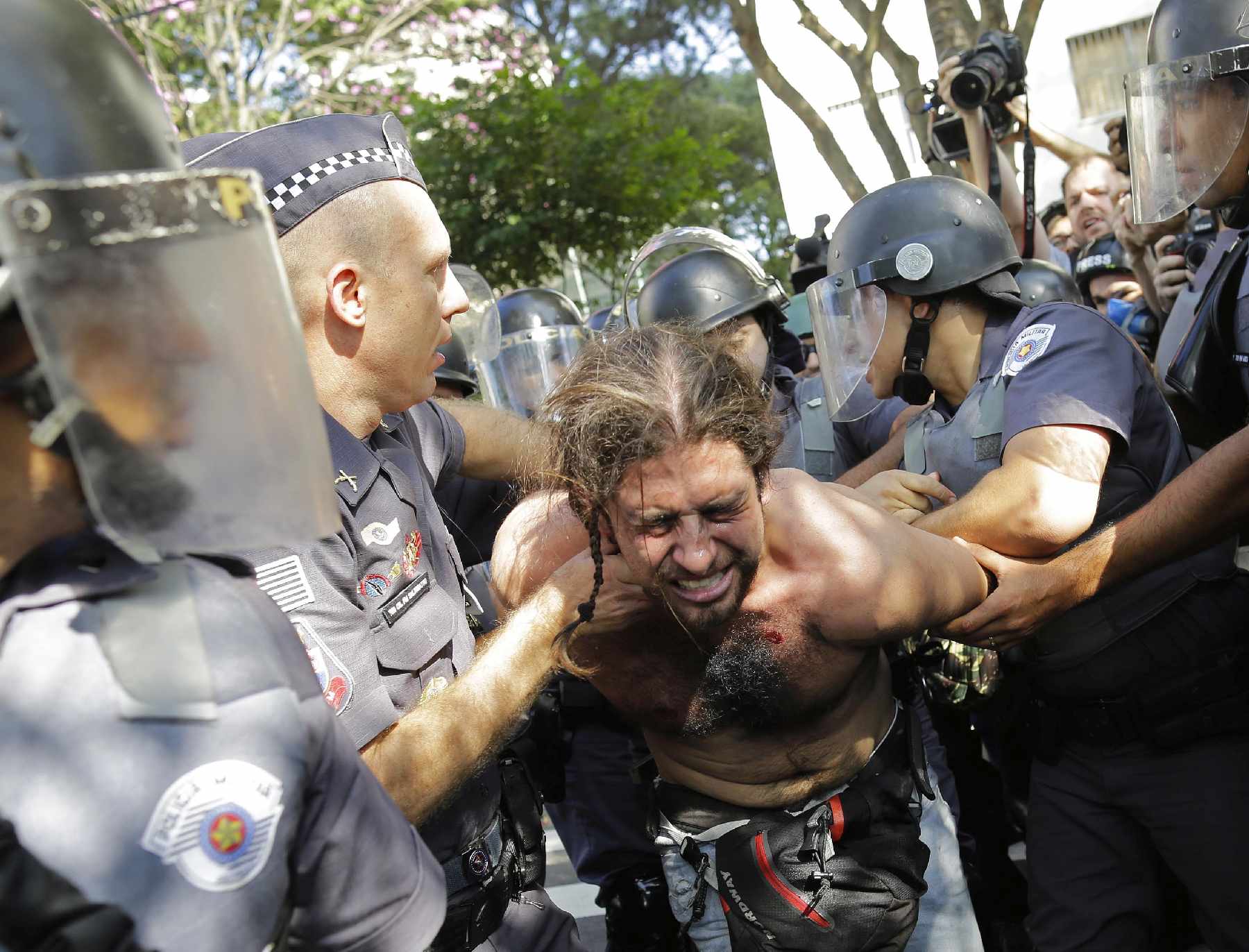 Societal Fascism has several characteristics. According to Boaventura de Sousa Santos, it is, for example, a set of social processes by which large bodies of populations are irreversibly kept out or thrown out of any kind of social contract.

They are rejected, excluded and thrown into a kind of Hobbesian state of nature, either because they have never been part of any social contract and probably never will. Or because they have been excluded or thrown out of whatever social contract they had been part of before. As a societal regime, fascism manifests itself as the collapse of the most trivial explications of the people living under it.

In general what we call society is a bundle of stabilized expectations from the subway schedule to the salary at the end of the month or employment at the end of college education.

Sousa Santos is correct when he says that expectations are stabilized by a set of share scales and equivalences: for a given work a given pay, for a given crime a given punishment, for a given risk a given insurance.

The people who live under societal fascism are deprived of share scales and equivalences and therefore, of stabilized expectations. Consequently, they live in a constant chaos of expectations in which the most trivial acts may be met with the most dramatic consequences.

Today in Brazil there are several manifestations of societal fascism. But Brazilian societal fascism, unlike of what some intellectuals think, is a phenomenon with roots in the national history.

In this way, we can remember the case of Galdino Jesus, a Indian Pataxó from Northeast Brazil. In 1997, he went to Brasília to take part in march of the landless.

The night was warm and he decided to sleep on a bench at the bus stop. In the early morning hours he was killed by three middle-class youths. As the youngsters confessed later on to the police, they killed the Indian for the fun of it.

The governments of the Workers’ Party have failed to confront that tragic Brazilian historical heritage. The agreements and conciliations did not even allow for the investigation of crimes committed by the State during the military dictatorship.

However, in recent times, the manifestations of societal fascism in Brazil have increased on a large scale. The government Michel Temer is conniving with them and induces them. There are a lot of facts which demonstrate this. In this context, intolerance, aggression and disrespect to other Latin American countries have become frequent.

Probably the most representative example of Brazilian societal fascism in recent days is the reaction of some segments in relation to the crisis in prisons. They celebrate the murders of prisoners committed by criminal organizations.

It is almost unbelievable that one does not realize that if the State loses the control of the prison system the whole of society will be at risk. But fascism and hatred distort the human understanding.

As the Portuguese poet Fernando Pessoa said, “to see the fields and the river, it isn’t enough to open the window. To see the trees and the flowers, it isn’t enough not to be blind.” Societal fascism cannot see people as human beings.

Leaked Court Papers Show 52 Politics Linked to Corruption in Brazil: It Starts with the President

Amid Attempts to Grant Amnesty to Politicians, Brazilians Take to the Streets Against Corruption

Brazilians furious at corruption demonstrated on Sunday in support of a politically explosive probe ...

Can Brazilians from the Poor Northeast Prevent Favorite Bolsonaro from Becoming President?

As was widely predicted, Jair Bolsonaro, the far-right candidate of the Social Liberal Party, ...

Even as the overall population of Christians in the United States declines, evangelicals have ...

It’s never easy to predict what will happen next in Brazil. A year ago, ...

Brazilian businessman Eike Batista was put on Interpol’s list of wanted people. After the ...

Amid record levels of unemployment and a terribly unpopular government, unions and citizens from ...

January 24 will be a stress test for Brazilian democracy. That is when a ...

Brazilian President Michel Temer has called troops back off the streets of Brasília following ...