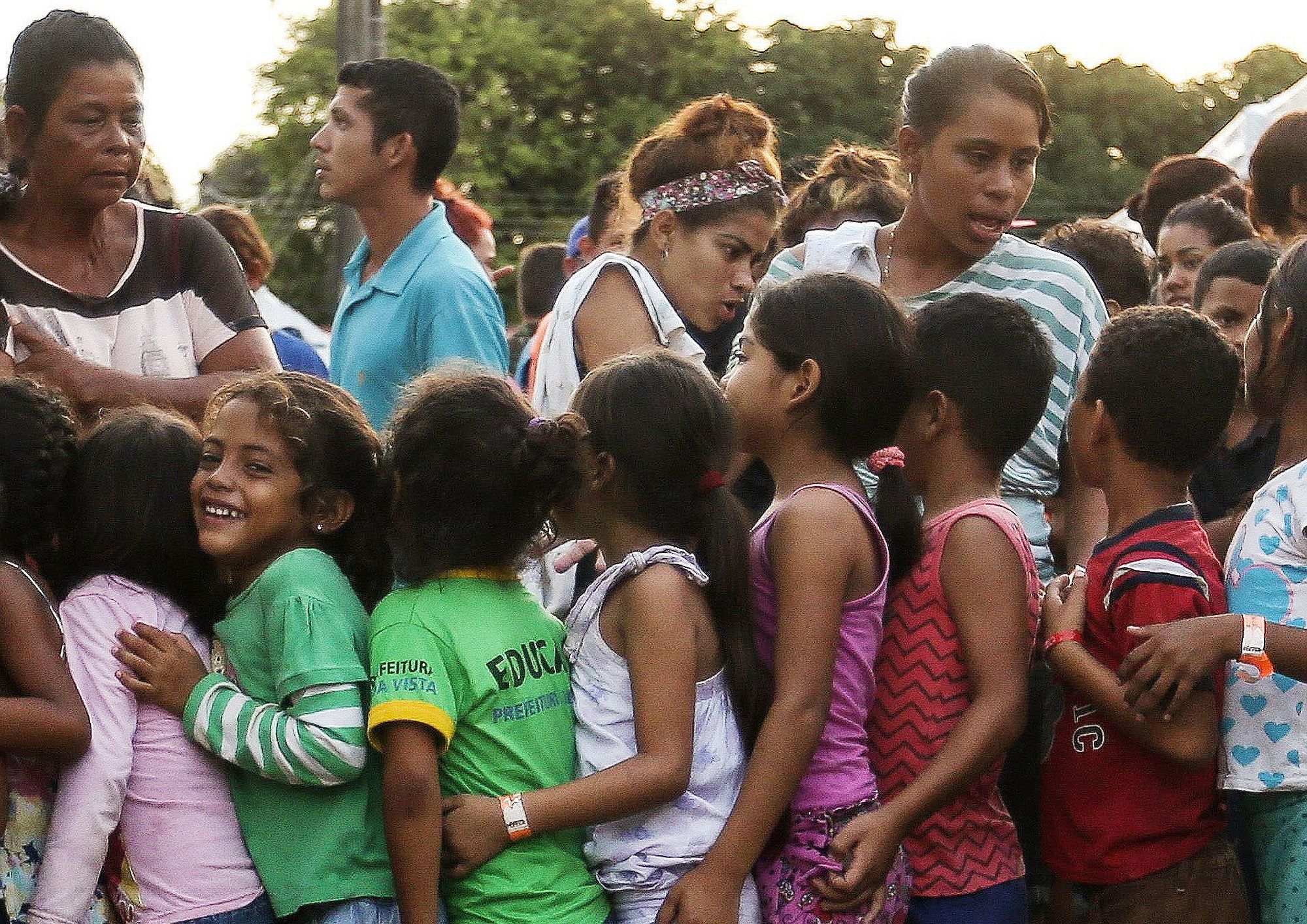 Fleeing poverty and hunger, at least 1,000 Venezuelan children arrived at Brazil’s main entry point unaccompanied by parents or without proper documents in the last five months, according to an official report.

Some 52 percent of those who arrived at the border city of Paracaima, in the state of Roraima, were without proper documents and the rest were without parents, the report authored by the Federal Public Defenders Office said.

Lack of documentation leads to poor access to healthcare and other services in Brazil, while children traveling without parents are at a greater risk of human trafficking, experts said.

Facing a financial and humanitarian crisis, about one in every 10 people in Venezuela has fled the country in the past three years. About 85,000 are in Brazil, a number that is expected to grow in 2019.

“They arrive in a state of extreme vulnerability,” said Roberta Alvim, a federal public defender working in the border region.

The public defenders’ office has been assisting Venezuelan migrants in Brazil since December 2016 when it averted a mass deportation of 450 Venezuelans by Brazilian authorities.

They have also been registering the children as refugees, which grants them legal status in the country.

According to the report, children without their parents are most often accompanied by their grandmothers, aunts or sisters.

To avoid children being trafficked into the country, Brazilian authorities have a set of protocols in place that include interviewing the adults and children to ensure they are related.

“Usually, they are taking the child to be reunited with their parents that went before they did and are already established in Brazil,” said Alvim.

About 5 percent of the children mentioned in the report arrived completely alone.

“The number in the report is expressive, but more worrying than that is if the kid is unaccompanied and under 15,” said João Carlos Jarochinski, the coordinator of an international relations course at the Federal University of Roraima.

“Then it becomes a hunt for their parents.”

In case relatives are not found, children under 15 are put in group homes or with foster parents in Brazil. If the child is over 15, they can sometimes be emancipated, said Jarochinski.

Photo identification is required to enter Brazil, but in Venezuela, children under nine don’t have access to documents with pictures, just their birth certificates. About 15 percent of the children in the report arrived without even that.

“Recently, we were informed that there is no paper for birth certificates to be printed on, so many children and teenagers carry only a declaration ensuring they were born alive, issued by hospitals,” said the report.

“Since they have no documents at all, children aged 10 or 12 are being put in classes for first graders,” who are usually 6 years old, said Jarochinski.

Brazil Has Been Busy Building Its First Nuclear-Powered Submarine

G20 Is Not a Total Disaster. Brazil Is an Inspiration for Work Against Poverty

A wharf in the Brazilian city of Rio de Janeiro used as a marketplace ...

The dictionary definition of a settler, “one who emigrates to populate and/or exploit a ...

Are Brazilians Hispanics? Latinos? It Depends. Most Would Like to Just Be Called Brazilian

In São Paulo, Brazil, Everyone Will Have a Home in… 120 Years

Once a proud symbol of resistance to racial segregation, a shabby square in São ...

On the fringes of São Paulo, hundreds of makeshift dwellings fashioned from discarded ...

Ten campesinos (nine men and one woman) were killed by Brazil’s military and civilian ...

It’s Time We Call the Killings of Blacks in Brazil by Its Proper Name: Genocide

Genocide, as defined by the 1948 United Nations Convention on the Prevention and Punishment ...